Who's Our Kids' Genetic Father? 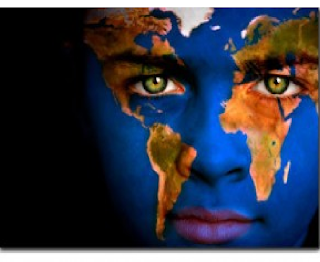 We understand people are naturally curious, and that this question is likely one we will encounter often. Most families that are readily identifiable as atypical--whether they're gay, multiracial, or adoptive--should expect more questions than the typical Brady Bunch. [Although the Bradys would probably generate a raft of questions these days, too, come to think of it.]

From the outset, John and I have agreed that who supplied the genetic material for our children is of less importance than the fact we are both 100% committed to our children. They are, and will always be greatly loved by their devoted 2 fathers. 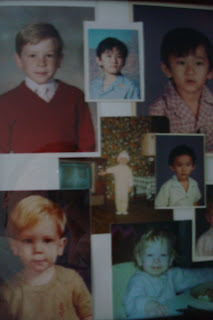 Though we understand it’s only natural to be curious about who supplied the genetic material (sperm & eggs), we are under no obligation to satisfy people’s curiosity in this respect (remember the old proverb “curiosity killed the cat”). We don't think as gay parents, we should have to seek "acceptance" or "get fans," any more than a straight married couple "needs" such external validation. And why should anybody have the implied obligation to satisfy someone's curiosity. That having been said we feel that this question is too personal to answer.

We respectfully say to anyone inquiring (outside of our immediate family of 4) that the answer to this question is none of their business. 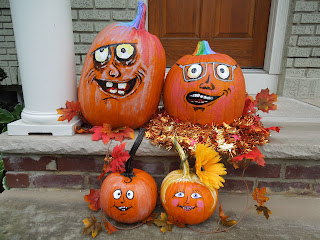 It's Autumn in Clifton, and we've been decorating with pumpkins...

It's our future family in pumpkins. Only John & I know the significance of this display. I'm the one on the left, John's on the right, & our little unborn twins are the cutey pumpkin heads.

We're so ready for them to be born. I can't wait for the day I can to do crafts like this with them. They will be so loved... Please be born kids; we need you desperately; but come on time, not too early.

Here's some other Autumn pictures from around our house.
As you likely know, one of my hobbies is gardening... 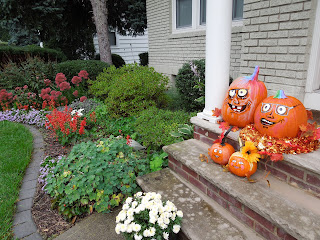 Left side view as you approach the front of our house. 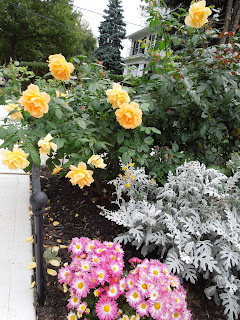 I'm surprised these roses are blooming so well, so late. These are called 'Easy Going' roses, & are so fragrant. I wish this picture was a "scratch & sniff" 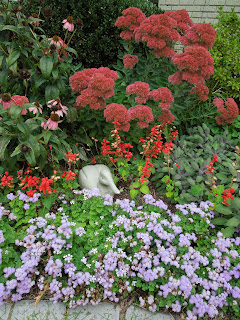 This is the 2nd year for these 'Autumn Joy' sedum. They are doing so well, the big ones are over 3 ft. tall! 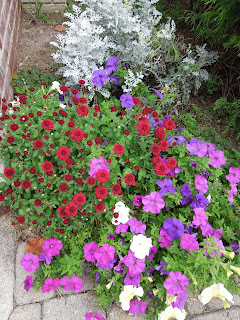 The mums are doing beautifully. I planted these mums in 2010, & they do so well. I feel so good when I see them come back every year. They are like my dear little garden friends. 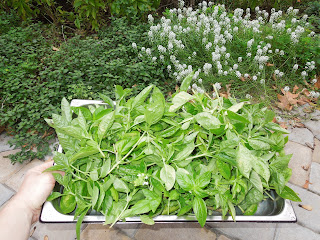 Last big harvest of the basil. The nights are getting too cold. The stems are blackening, leaves yellowing & wilting. But I was still able to harvest this last big pan full. Pesto anybody? :o)


Thanks for letting me share these pictures with you.
Posted by Howie at 4:14 PM 2 comments:

It's hard to believe it's already been 20 weeks (& 3 days). The future arrival of our twins is shorter than the journey we've traveled thus far. We've received some awesome 3D pictures of the little womb dwellers from our surrogacy clinic. So cute, but a little alien looking. I'll post them here. 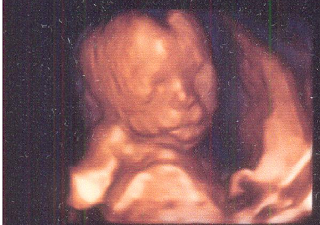 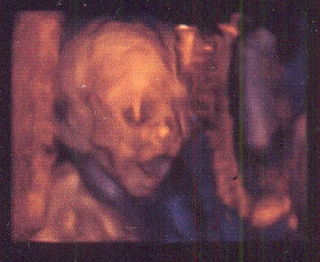 At times, it feels like this has been such a long journey, progressing at a snail's pace. I'm tired of the wait. It's like a long marathon, but the goal is in sight.

I'm also a little scared. Why? Not at the thought of having kids, twins. After all, I'm a peds nurse. I'm used to screaming sick children, and I've cared for 4 to 12 of them at a time. No, what scares me is loosing the kids. That we may loose them along the way, and they'll never get the chance to be born. That we will have to endure another miscarriage like our first pregnancy.

As a result of this fear, we've tried to distance ourselves somewhat emotionally from the process. Something easier said than done. To help us do that, we've kept this pregnancy a secret. So, that if things don't work out others won't be effected, disappointed, etc. So, here I am writing a blog for now that is for my eyes only, about our surrogacy journey that is a secret between us. For now at least....
Posted by Howie at 3:54 PM No comments:

OUR JOURNEY INTO SURROGACY... Adoption? India? 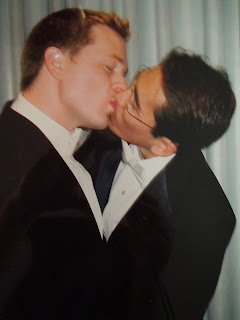 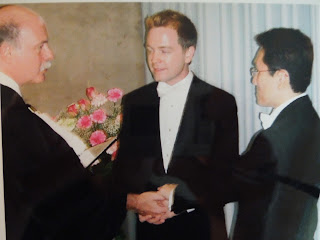 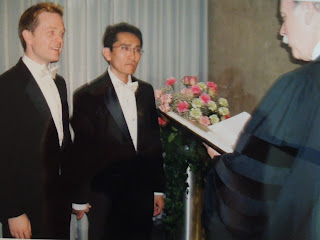 John is of Chinese/Vietnamese descent; his family having immigrated to the USA when he was 3 years old. He moved from New Orleans to NYC when he was 10 years old. His family settled in Flushing, Queens, & set up shop in Manhattan's Chinatown on Canal St. John later went to school, & became an accountant.

I was born in the Ozark Mountains of northwestern Arkansas. Ours was a rural life. My family grew a garden,  & raised some livestock (some pigs, chickens, guineas, & rabbits) for food. I also lived a few years in Oklahoma City. When I was 19, I  moved to New York City in 1995, settling in Brooklyn Heights, NY.  When I met John, I was living in Jersey City, & in the process of switching careers. I was in nursing school.

John & I first met, in person, on the Manhattan-side entrance to the Brooklyn Bridge. We walked across the bridge & had brunch at the Clark St. Diner. After that first walk there were a few things we both agreed on - monogamy, marriage, & a family. It was soon afterwards, we began pursuing those goals together.

August 20, 2007, was our official, legal, contracted beginning. A promise made to each other before witnesses  & the world, of our shared love & pursuit of life's goals. It has been 5 wonderful years! 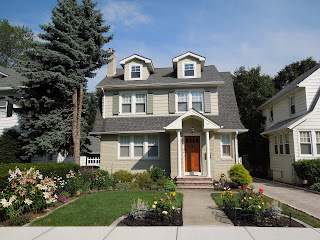 Here's our lovely little house in Clifton, NJ. Our neighborhood is quiet, & the neighbors friendly. We know many of them by name, & even exchange Christmas gifts & cards with a few. There are two other gay couples on our block. Next door lives Don & Gary, & a few houses down on the opposite side of the street live Ira & Patric. I especially enjoy gardening, I put in the flower gardens myself :o)
Posted by Howie at 7:38 AM No comments: